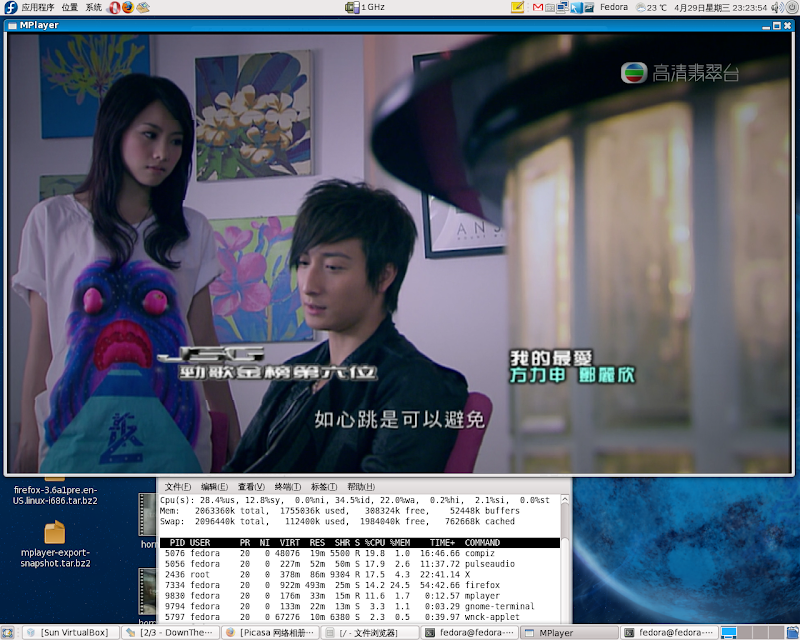 Wecome to the earth, Jaunty Jackalope

As we hope, Jaunty Jackalope had come to the earth on time. Many Ubuntu fans has downloaded and installed the latest Ubuntu. I think April 24th is Ubuntu's day. Also we can say it is a party of Ubuntu fans. Many fans celebrated Canonical released a new version Ubuntu. They talked about Ubuntu on the Internet, no mattter where they come from. This is a celebration party owned by Ubuntu fans.

OK! Canonical released Ubuntu 9.04 Jaunty Jackalope. What can the latest Ubuntu bring to us? Jaunty upgrade to kernel 2.6.28, GNOME 2.26, KDE4.2, Firefox 3.0.8，X.org Server 1.6 and so on. Also, Ubuntu team brings many new features to us: new notification system, EXT4 filesystem support, improving boot performance, support Amazon cloud computing services and better installer user interface. That's so suprising for us. Ubuntu is a good OS based on Linux. It's so easy to use it and control it.

It said that Canonical want Ubuntu to get into enterprise market. I think this is a good thing for companies. They are able to have more than one choice to select their OS that they want. Maybe it is quite useful for a cooperation to use cloud computing service， nevertheless, cloud computing application should be installed on servers not a desktop. Enterprise has many server to do a lot of things, including cloud computing.

So in my opinion, Ubuntu should commit to do more improvement for desktop edition. Because Ubuntu is famous for desktop. There is no reason to give up desktop users, although enterprise market can make more profti for them. And then, Ubuntu will walk a long road for designing better user interface and improve the compatible for hardware. We believe they can try best to do it, and they must do it well!
发帖者 liangsuilong 时间： 01:53:00 1 条评论:

The Days Without Network

At these days, school network seems to break down. No, it actually have broken down. a few student can access the Internet. Most of students just waiting for network. If you can access the Internet, nothing can prove how long you can be online, maybe 15 minutes, maybe 1 hours and maybe less than 1 minutes. All of students are angry. The forum of our university is full of threads about network.

I am so helpless that I can not surf the Internet. I depend on Internet so much. Not only I chat with my friends on QQ, I put many things on the Internet. I save my pictures on Picasa web album. I write a blog post on Blogger. I send a e-mail on Gmail. I put my documents and spreadsheets on Google Docs. I also need to write a tweet on twitter. I like to listen to the music on Google Music or Xiami. Sometimes I watch the movies on Youku and Tudou. I also like to watch TV on sopcast. Youtube is a very good video-sharing website, Nevertheless, Chinese government is still blocking Youtube.

Now I am just able to get the latest information from my cellphone. I check my e-mail inbox update and twitter update. Mobile network is so slow in China. If you have to connect to the Internet, you can try to use GPRS/EDGE network. But if you have do much thing on Internet, I suggest you should have a static bandwidth connection. Without network，your life become worse and worse. Without network, nothing can be done by me.

Sometimes, I am so worried about cloud computing. I am Not only worried about security of data, but also I am worried about if Internet was cut down, how can we do our work. As we know, Security is the most important topic. But if bandwidth breaks down like my university, the job will break down too. How can we continue to do our job? In our local machine, noting will be stored even though here is the most important data. In the meanwhile, we can not entertain myself because all the music and movies and photo are saved on the public cloud. You must have connection to bring them back. Of course, if you pay enough money for private cloud, you can configure a VPN connection to the cloud. This method can make sure that you can connnect to the server.

The days without network are so boring and so long. I just hope these days go by soon. I can not lost the Internet.
发帖者 liangsuilong 时间： 22:20:00 2 条评论:

Oracle has announced that it buys Sun Microsystem. This is a crazy news this week. Later Sun will be a part of Oracle and disappear forever. We have to say goodbye to Sun.

A few people believed that Oracle suddenly acquires Sun for 7.4 billion dollars. Two weeks ago, Sun refused to sell itself to IBM for 7 billion dollars, because the price is too low. When IBM decided that they would stop negotiation with Sun, many analysts said that Sun is dropping and going to die. Although someone guess that it is possible that Oracle combines with Sun, no one can make sure that it comes true quite soon.

In the past 27 years, Sun was still leading to development of IT technology. It created many great products, for example, Solaris, Java and SPARC. Sun is good at high-level computing market. Their products are so popular in the banks and telecom companies. They made many profits for Sun in th past. However, with development of of economy, Linux becomes more and more popular and people want to decrease their IT budget. Sun's products are too expensive, and it is hard to attract their clients. Later, Sun released its low-level server. But it is too late. IBM had shared most part of low-level server market with HP and Dell. Sun is too difficult to get into this market. And then Sun open their technology to public, including OS, CPU and Java. In the meanwhile, it acquired many opensource software, such as MySQL, VirtualBox and OpenOffice.org. Financial crisis means their dream can not come true.

As we know, Oracle is the second biggest business software company in the world. No one doubts their ability to compete with their enemy. It will increase their power greatly after finishing acquirement. Ellison has said that they had gained two key technology: Solaris and Java. But he did not refer to other products from Sun. Also some people said Oracle will sell Sun's hardware department to Cisco, and Oracle maybe give up MySQL and some software. Now no one can prove it. I heard that Oracle wanted to acquire Red Hat because it want to gain JBoss and Red Hat Enterprise Linux. I just can say no one can guess what Oracle want to do. We just remember a sentence said by Ellison: The best method to beat your enemies is to buy it.

As an ordinary desktop user, I am not concerned about Sun's hardware and server software. I am just concerned about Sun's desktop software and MySQL. I can not make sure what their future are. But now I have got accustomed to OpenOffice.org and VirtualBox. I also like them very much. But Sun can not get money from them. We can not prove whether Oracle will give up them or not. We can not make sure what their futures are. I just hope Oracle still develop them and make them better and better.